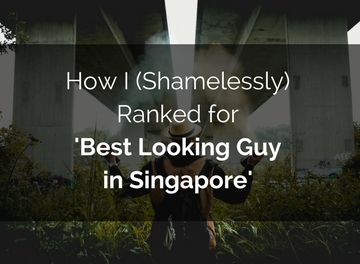 How to Rank In Google Images in 5 Steps

If you found this blog post through my ranked Google image and would like to find out how I did it, you’re in luck. Be sure to read on.

If you’ve navigated to this post while checking out my digital portfolio (hello-jimmy.com) and would like to know what’s going on, here’s a little background.

This image ranking test was inspired by Dino Gomez’s (Founder of Dynamik Internet Marketing Inc) guest post on diggitymarketing.com where he ranked 2 images for the keyword phrase “Best looking guy in San Diego”.

As someone who has been working on SEO sites for years, I thought it would be cool (and fun) to do the same! And so I did…

Within 3 days, ranked for the following keyword phrases in Google Image Search: 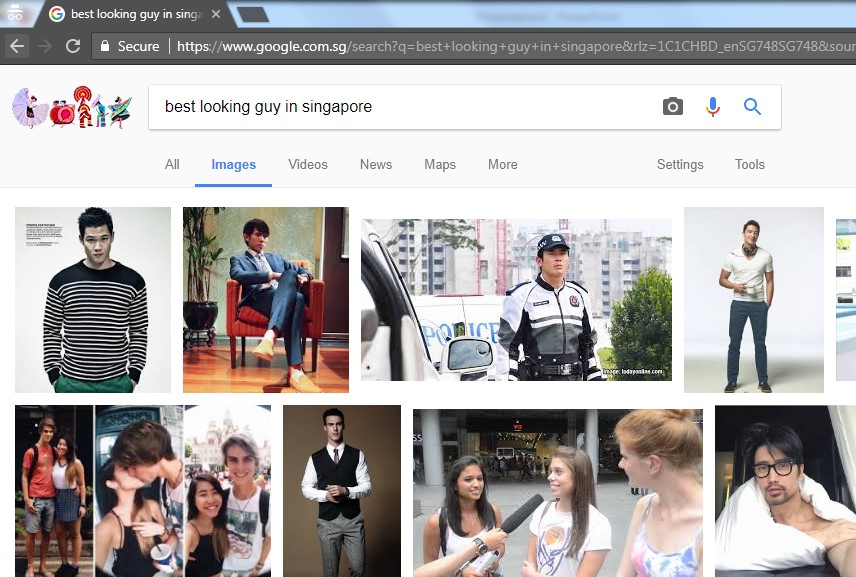 Image rankings are not simply for fun though, here are some actual benefits associated with getting your images ranked high in Google:

For brands, self-employed individuals or even influencers, having your image ranked high up will definitely (to a certain extent) increase public perception of your brand.

As suggested by Dino – include a logo watermark on your image to gain visibility in Google even for competitive target keywords.

Depending on your niche, ranking of images can help drive a fair amount of extra traffic (i.e Interior Design, Menswear in Singapore) as people who wishes to cut short on the search process chooses which websites to visit by looking at visuals.

Rich snippet is simply a featured snippet where Google attempts to provide a quick answer to the questions being searched.
As such, “how to” and “What is” type of questions are where you see rich snippets most.

There are many debates across the internet on whether rich snippet is actually good for your site. In my opinion, having your site featured in snippets will result in a good chance of stealing some of that traffic and brand awareness.

Like ranking in first position for anything on Google, getting ranked in front of competitors is always an amusing experience.

For instance, if you look at the search result for “Hottest Guy in Singapore”, the results were obviously fierce with all the topless hunks ranking. Getting my rather “normal” image ranked among theirs definitely makes it stand-out.

With these aside, how do we really get images to rank in Google?

How to Rank Images in Google (Step by Step)

Ranking images in Google is similar to ranking anything on Search Engines that uses algorithm, except less complicated.

In fact, ranking images is actually easier that ranking an entire site or a blog post as the competition is much lower and not many people intentionally aims to rank photos.

Here are the steps to rank an image…

The alt text of the image needs to be an exact or partial match the keyword you are aiming to rank for.

The content surrounding your image needs to be closely related to your target keyword (relevancy).

This is relevant to the competitiveness of the keyword you’re trying to rank.

If you’re aiming to secure a rich snippet image spot then the hosting website of your image should have some comparable authority to your competition holding the actual text snippet.

Upload image to major image sharing websites (i.e. Google plus, Flickr, Google Picassa) and link back to the original image.

This can be outsourced. Here’s a gig Dino used: click here.

[Jimmy: I skipped this step altogether. But if you are serious about getting your image to stay, image sharing can help provide better diversification to your link profile.]

Yup. If you have any experience with SEO, this shouldn’t come as a surprise.

Embed your image on a few PBN sites just as you would if you were aiming to rank a site, a blog post or a YouTube video.

Make sure the links are pointed to the image source instead of the blog post with your image in it.

Depending on the competition level, back-links quality, as well as the authority of your domain, you images should hit the top of google images quickly.

Leave me a message Cancel reply